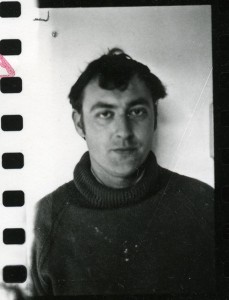 This is a picture of Brian taken long before I knew him. We think he was about thirty-two here.

I was eighteen when I met him and he was forty-one. I was in my Foundation year at  Camberwell College of Arts and Crafts. I had been sent to the sculpture department as a tutee for Brian as the painters considered me, “too flamboyant and outrageous!” 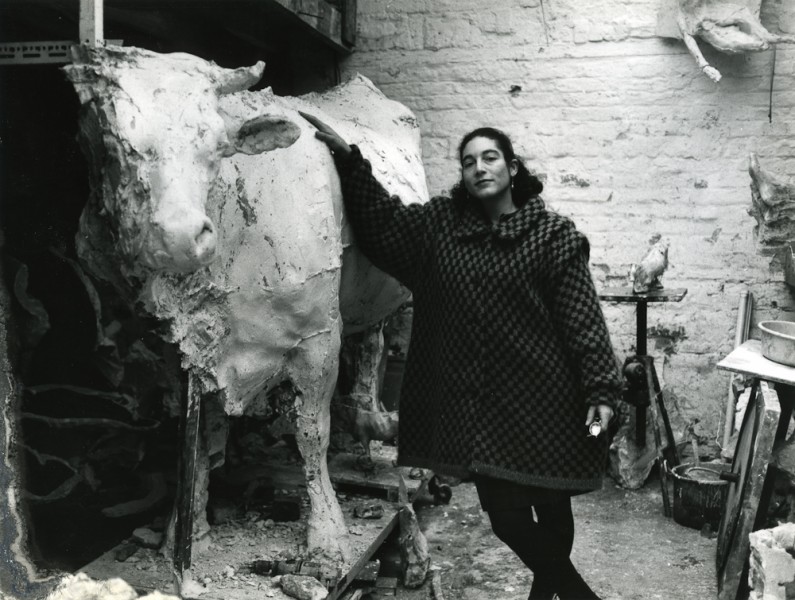 I remember the first time I met him was when I was booked to have a tutorial. So I arrived at the Sumner Road Sculpture Annexe in Peckham with my large folder, bursting with drawings and keen to meet my new tutor. I entered the small smoky staff room on my right and enquired about Brian.

“Oh you don’t want to talk to him today dear, ” was the response I got, “He’s in one of his black depressions.”

“Well I’ve got a tutorial with him and I’m not lugging this folder all the way back to the painting department until I’ve found him!” I retorted and rushing out of the poky room I bumped right  into him. Someone said, “This girl’s here to have a tutorial with you Brian.” So immediately I  knew  this was my tutor and said, “Well you don’t look like you’re in a black depression!” We both burst out laughing until he said with a wry look on his face , “Why don’t we do the tutorial another day?” To which I replied vehemently, “Certainly not, this is a serious matter. I came here to learn to draw, as apparently sculptors draw differently from painters, and I intend to find out about that!”

Actually I knew my drawing was  weak and really had little understanding of the kind of space that concerns sculptors’ drawings. So Brian helped to confirm this by saying, “Well you do really need to learn to draw my dear.” (There was a lot of , “my dearing to girls in those days!) So I said that I knew that,and did he have anything constructive to suggest apart from , “My dear!”  It was at  this point that he suggested the four hour drawing classes, twice a week, starting at the end of the day from 4 til  8pm! So of course I was obliged to go, and that was when my real education in drawing began. I continued those classes for several years and really learnt a completely new approach to thinking about drawing, as well as new concepts about, “space.”